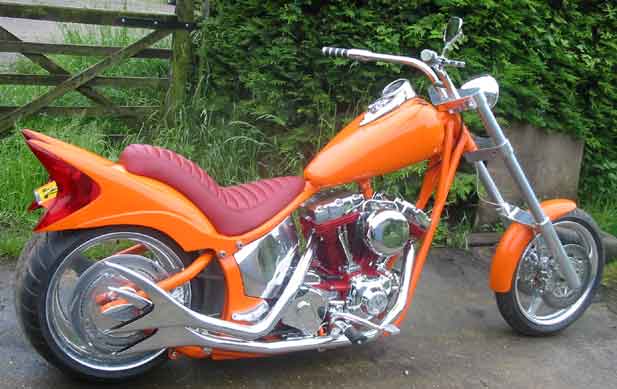 Been meaning to build a bike of my own to keep for awhile. Bought a new twincam 'A' engine back in 2002. Took it over to Boz engineering who bored it out to 1550, and ported the heads. P{istons are S/A 10:1 forged. Carb is a Mikuni HSR42. I used a screaming eagle ignition module and coil.

I planned for this bike to have a fat tyre from the start, and as time went by, available fatties got bigger & bigger! settled on the Avon 330 x 17; not a fan of large diameter rims, I like a bit of sidewall. Front tyre is a 120 x 19". 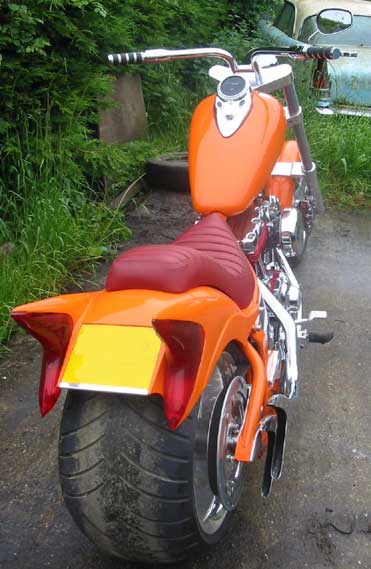 As my favourite frame of all the ones I make is the FXR softail, I set about making a chrome-moly version with enough room to get the tyre in. It's made of 1.375" dia with a 2" top tube. I wanted to hide away all the wiring & hydraulics as far as possible so provision for this was built in.

Gearbox is a twin-cam Electra-glide shell with  6-speed RSD internals. Since the swingarm was so wide,  I modified the gearbox shell so the swingarm pivot part of the shell is much wider & beefier than stock.

Front end is a complete one-off with 50mm stanchions. Lower sliders were fabricated from ally tube & solid bar. To start with, they were about 8" over 'stock', but I later made stanchions 3.5" longer to improve ground clearance.

Wheels came from CV2 customs in the states. They supply 'billet blanks' I had them machine the spoke pattern, and made up my own hubs.

Front brake calipers were a lucky ebay find. They're one-piece billet 6-pots made by KAD in Kent. They specialise in car stuff but thought a few years ago they'd try the bike market and made some calipers for Ducatis. They didn't make them for long; I grabbed the last of their seal kits. Pads are generic japanese 6-pot type. 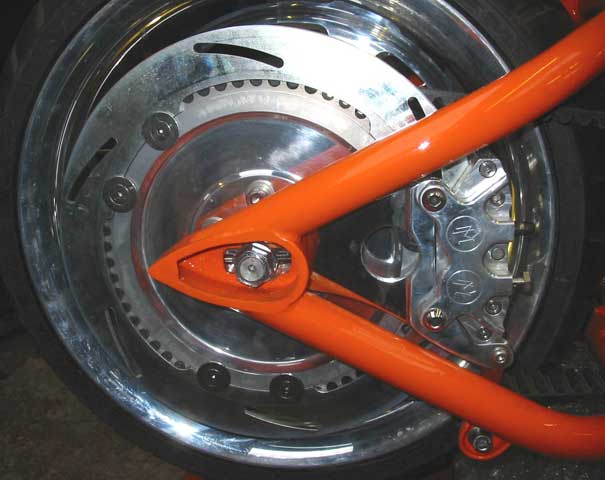 The rear pulley / brake is something I made 2 of some years ago.  Machined the 60-tooth pulley from billet and mounted a Buell front disc onto it. Caliper is PM. Works very well!

The rear fender gives the bike much of its character. I used tail light lenses from a 1960 Chrysler. There's about 3 weeks work in that fender - had to cut it apart & redo it 3 times before it looked right! The lights themselves are all LEDs.

Exhausts are one-offs; fishtails were made to mimic the shape of the fins. 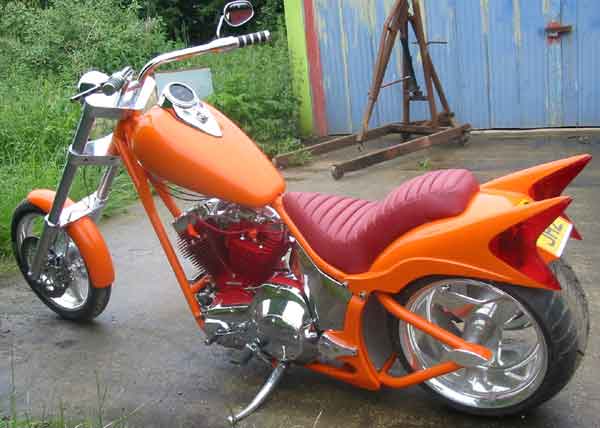 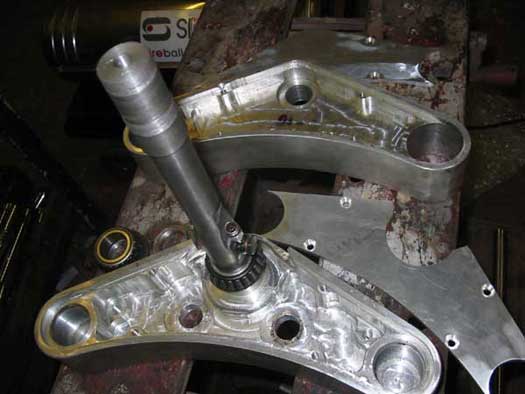 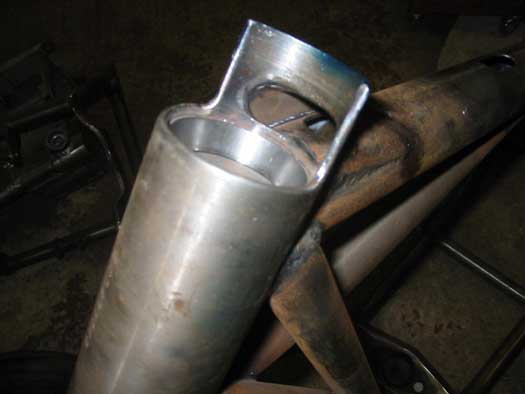 Handlebars! these are from Custom Cycle Controls. And are very nicely made. Everything is internal and works well. Big bucks, but I figured it'd take me weeks to make something that wouldn't be as good in the end anyway. Check these guys out. http://www.customcyclecontrols.com We can get this stuff in  for you. Very nice quality gear.